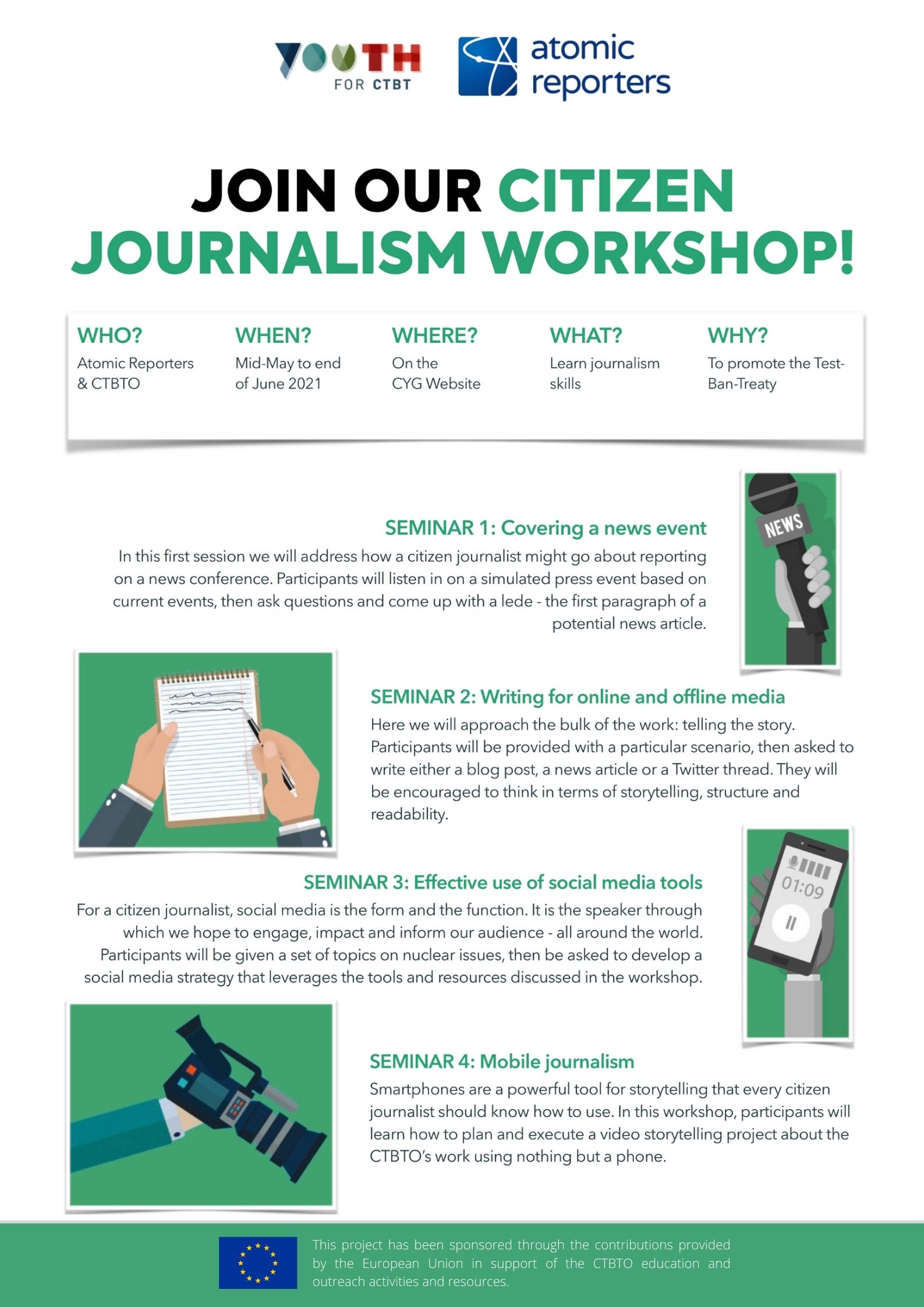 Participants learned how to:

Engagement by CYG members has been enthusiastic with keen interest in the tips, guidelines, recommendations and experience shared by the trainers, Jorge Dastis, Alex Nitzsche and Peter Rickwood, based on their knowledge from working as journalists. Nitzsche and Rickwood also worked as press officers in the UN system.

During the seminars, there were also two speakers:

Participants who successfully completed the four-week training course were awarded a certificate for their accomplishment.

Furthermore, 25 members were selected as CYG Citizen Journalism Fellows to work with the Atomic Reporters trainers and provide media coverage of the CTBTO Science and Technology 2021 (SnT2021). They had the opportunity to apply the skills they gained from the Academy to report on the SnT2021 virtual sessions, meet high level participants and promote visibility on official CTBTO channels.

For Amateur citizen journalists, professional experience and advice is critical in learning how to provide media coverage. This informal virtual lecture series will consist of 45-minute daily Webex seminars during the CTBT: Science and Technology Conference 2021 (SnT). The 25 Fellows selected from the Citizen Journalism Academy will engage with communications experts from a diverse range of backgrounds and draw from their experience as communicators to learn how to report on the SnT. 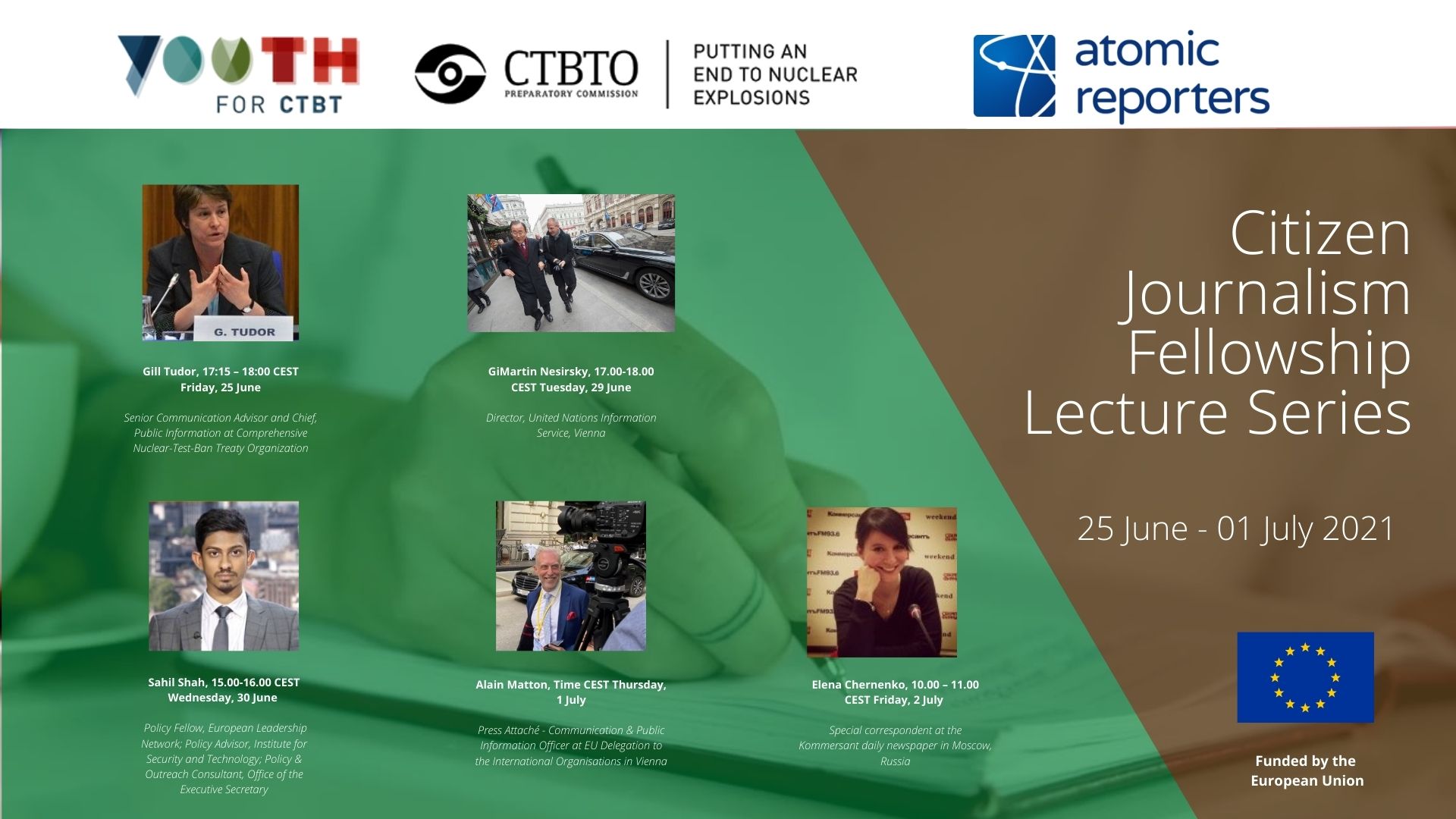 Some of the materials produced from the CJA Fellows:

In the end, the CTBTO Youth Group Task Force together with the Atomic Reporters selected six best fellows that will be invited and funded to participate at an in-person events of the CTBTO in Vienna: