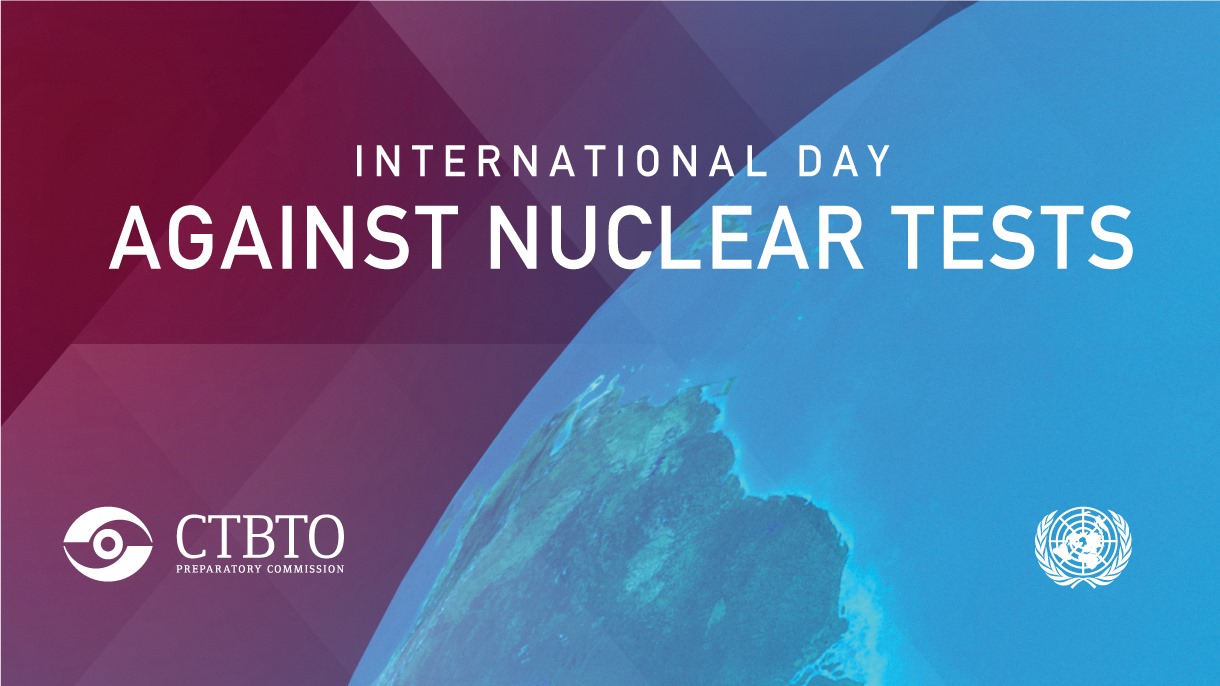 August 29 marks the International Day Against Nuclear Tests (IDANT) and we would like to share information about IDANT events and a link to a recently published article.

We invite all CYG members, especially our newly joined members (welcome to the group!) to take to social media (#IDANT2020) and share your thoughts about what the test-ban means to you and why you decided to join the group.

Be sure to check out the IDANT related events:

The event will also feature a young professionals segment in which three of the founding CYG members will share their personal perspectives.

Congratulations to the following CYG members who won tickets to attend the event. Please follow them on social media or on the CYG portal for updates on the event!

Do you know of any other events that would be of interest to members of the CTBTO Youth Group? Feel free to post them on the CYG portal.

Add event on the CYG portal

Here's an excerpt from the recently published article:

A major goal of the International Day Against Nuclear Tests is to increase support for the 1996 Comprehensive Nuclear-Test-Ban Treaty (CTBT). This treaty is an international legal instrument to put an end to all forms of nuclear testing. UN Secretary-General António Guterres has said,

"The legacy of nuclear testing is nothing but destruction. The CTBT is vital to ensuring there are no more victims; it is also essential to advancing nuclear disarmament. On the International Day Against Nuclear Tests, I reiterate my call for all States that have not yet done so, to sign and ratify the Treaty, especially those whose ratification is needed for the Treaty’s entry into force. In a world of rising tensions and divisions, our collective security depends on it.”

Wishing you all an early happy International Day Against Nuclear Tests!