On 16 July 2020, on the 75th anniversary of the Trinity nuclear test, the CTBTO Youth Group launched its series of CYG webinars.

The next speaker was Vladimir Pozner, a well-known journalist, TV and radio presenter, first president of the Russian Television Academy (1994-2008) and writer. He shared his expert view on the historical relationship between the USSR and the US as well as on the role of journalism in helping realize shared interests. Mr Pozner’s speech had a clear message that all of the countries should promote honest and open dialogue with each other and stand for positive changes when it comes to new strategies for engagement. Vladimir Pozner: “It is a time for us to demand from our governments to take joint efforts, to come up with a long term plan”.

“It is a time for us to demand from our governments to take joint efforts, to come up with a long term plan”.

The CYG Coordinator from the United States and Natalia Zhurina, Eastern Europe CYG Coordinator shared their personal experiences on how they got involved in nuclear disarmament and non-proliferation, and highlighted the importance of promoting entry into force of the CTBT. They also highlighted their inspirations with regard to working in this field and the critical role that youth play in advancing these issues.

Natalia also discussed her greatest concerns today and what she as a young nuclear disarmament professional is doing to make a difference. The conversation was moderated by Maria Chepurina of the CTBTO. 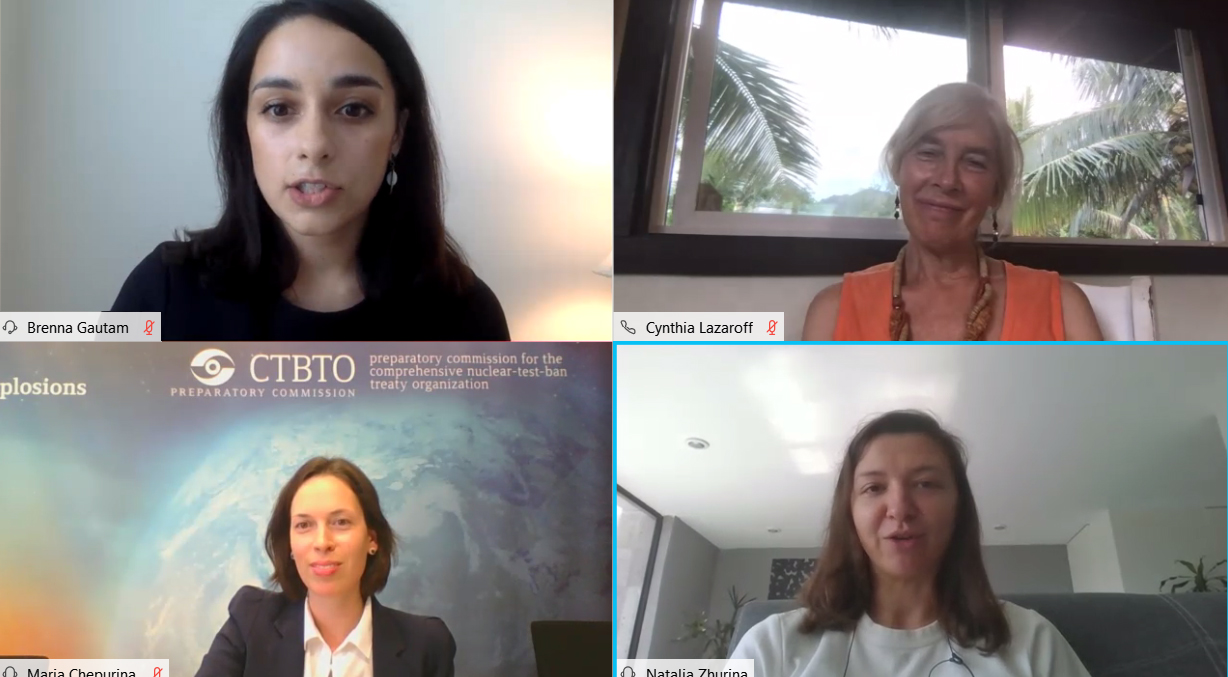