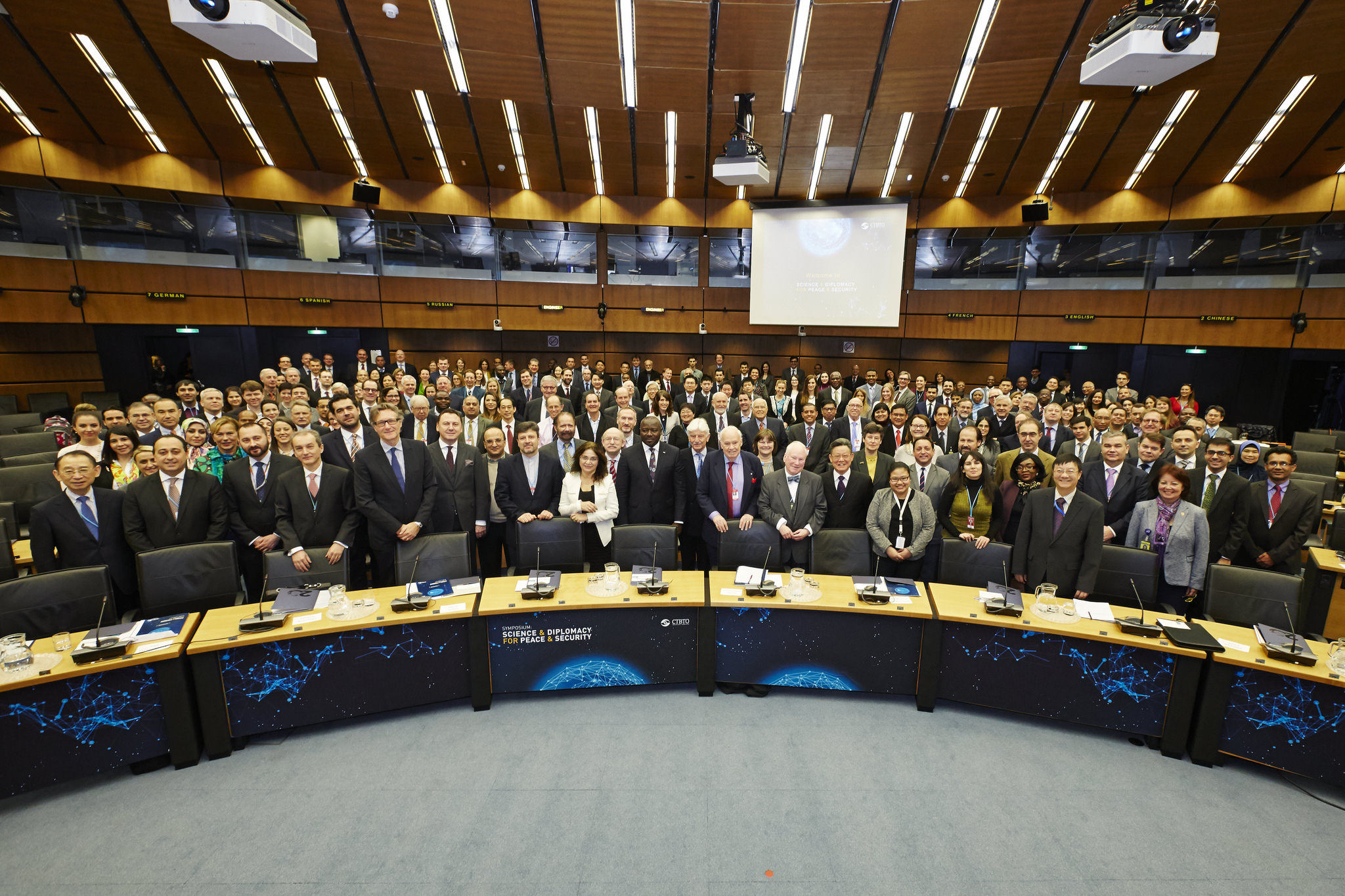 The symposium "Science and Diplomacy for Peace and Security: the [email protected]" concluded with speeches by CTBTO Executive Secretary Lassina Zerbo and Des Browne, former UK Secretary of Defence, member of the Group of Eminent Persons (GEM) and Vice-Chairman of the Nuclear Threat Initiative (NTI). The symposium, which ran from 25 January to 4 February 2016, was the first in a series of events in the year of the 20th anniversary of the Comprehensive Nuclear-Test-Ban Treaty (CTBT), see symposium overview.

Around 650 participants from all of the world's regions - academics, representatives of civil society and media - participated in the symposium in person and online. The event was organized by the Comprehensive Nuclear-Test-Ban Treaty Organization (CTBTO) as part of its education activities and integrated capacity building initiative, which seek to train and educate the next generation of CTBT experts. The event was sponsored by the European Union, the Kingdom of Norway and the Kingdom of Sweden.

In his speech, Zerbo highlighted the importance of including youth in discussions on global peace and security and announced the launch of a CTBTO Youth Group to support the CTBT’s entry into force: “There was a lot of enthusiasm for the fact that so many of the next generation were able to take part in the Symposium, both online and in person. I share this enthusiasm and want all of the younger participants to know that I am grateful for your interest and for the energy you bring to our common cause. And I assure you that reaching out through education and capacity-building will remain an important part of what we do.”

In this year where we reflect on the 20th anniversary of the CTBT’s opening for signature, I believe that the time has come to bring youth more firmly on board. I wish to invite all students and young graduates who are directing their careers to contribute to global peace and security to join a new CTBTO Youth Group.

Des Browne said: “With respect to the ban on nuclear testing, we clearly have come a long way. So, why, you might ask, given that the Treaty has such broad support and that only one country has tested in the past 17 years, is it so important that it be brought into force? I believe that final step is crucial because without it, all that we have worked so hard to accomplish – a system around the Treaty that is integral to the global non-proliferation and disarmament regime – remains at risk every day that the Treaty is not in force.”

But what if we took a new approach? What if we started listening? Rather than telling non-ratifying States what is in their best interest, rather than repeating our message in ever-stronger and louder voices, perhaps it would be effective to spend more time listening to what the reluctant States have to say. To listen more carefully to their needs, their security concerns, their demands. -Des Browne, former UK Secretary of Defence

Sessions were live-streamed and are available as recordings.