Congratulating Africa on the 10th anniversary of the Pelindaba Treaty, don’t forget the CTBT!

Today, Africa is celebrating its tenth anniversary since the African Nuclear Weapon-Free-Zone treaty also referred as the Pelindaba Treaty, entered into force. The Pelindaba Treaty is a continental treaty that was adopted by African States, and its main objective is to prevent horizontal and vertical proliferation of nuclear weapons on the continent. Not only does the treaty prohibit the acquisition, development, test, or stowage of the nuclear devices by a Member State of the treaty, it also calls upon nuclear States to neither equip any Member State with nuclear devices, nor to dump radioactive wastes on the African territory.

The Pelindaba treaty was initiated by the Organisation of the African Unity during the heads of States Summit at Cairo in 1964, with the aim to have a nuclear free Africa. The Treaty finally opened for signature in 1996 and entered into force thirteen years later, in 2009. Currently, fifty-two States have signed, and forty-one have ratified the treaty. Fourteen States are yet to ratify the treaty. 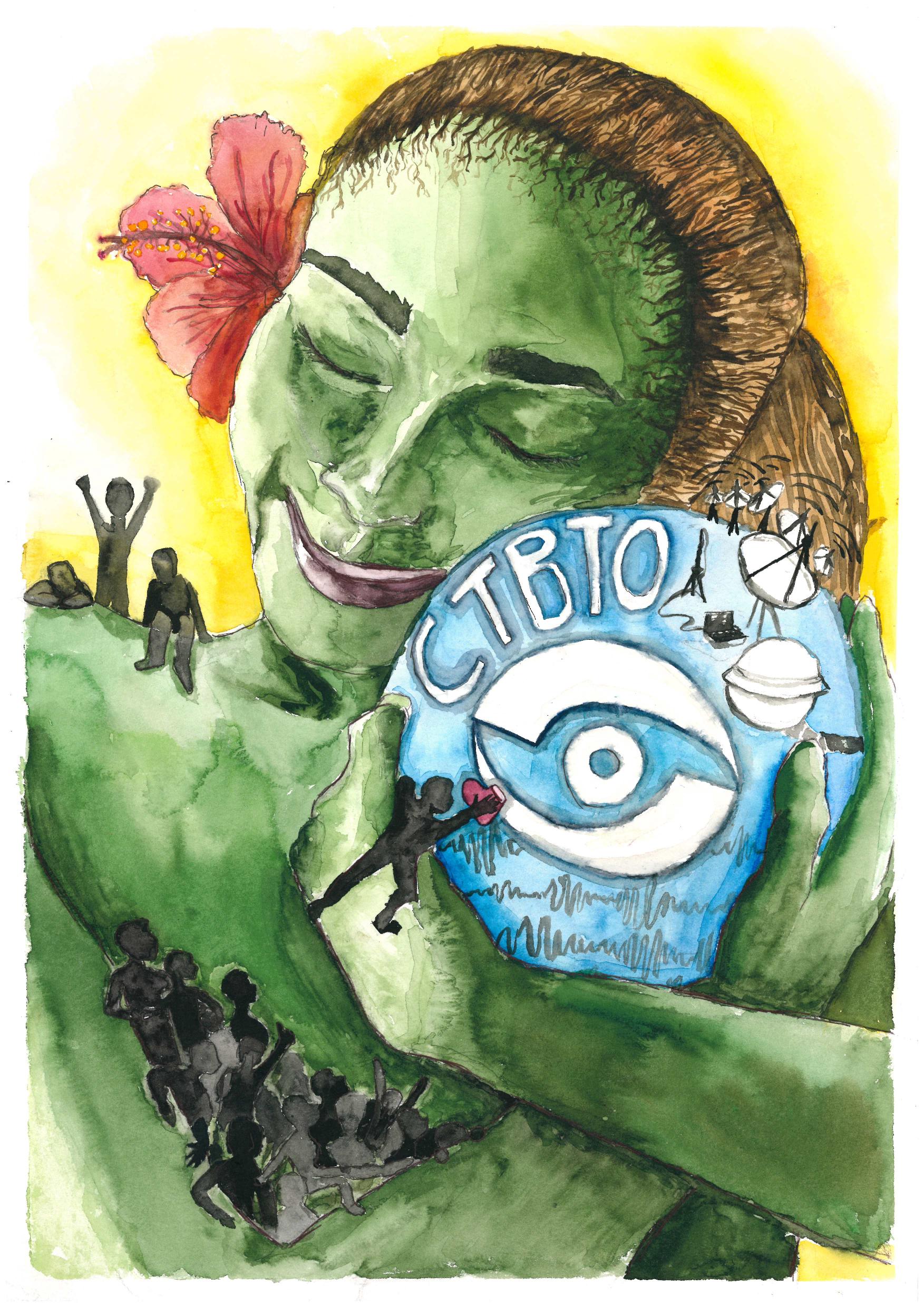 The Pelindaba Treaty and the CTBTO

The Pelindaba treaty shares some features with the Comprehensive Nuclear-Test-Ban Treaty (CTBT), which is a treaty that aims to ban explosions anywhere in the world, and by anyone. Both treaties are inspired by the reduction of nuclear tests, which contribute to overcome international security challenges.  African States have massively adhered to the treaty as forty-six African States have so far ratified the CTBT. Countries such as Comoros, Equatorial Guinea, the Gambia, and Mauritius have ratified the Pelindaba treaty but are yet to ratify the CTBT. Action from them is awaited as Dr Lassina Zerbo, the Executive Secretary of the CTBTO says, “for Africa which has already banned nuclear weapons via Pelindaba Treaty, embracing the CTBT should come naturally’’.

The CTBT, once in force, is one of the key resources for the Pelindaba treaty due to the latter’s verification systems including monitoring facilities, infrasound stations, radionuclide stations and laboratories, and seismic stations, that are located in different areas on the continent. In 2003, while he attended the conference on Facilitating the entry into force of the CTBT, Kofi Annan reiterated that the CTBT is “a crucial element in the non-proliferation regime”. He later added that, ‘’the longer its entry into force is delayed, the more likely that nuclear testing will resume’’.

The prestigious outcomes of the Pelindaba Treaty

Putting an end to nuclear explosions contributes to global peace. Africa as a continent, after the dismantlement of the South African nuclear Arsenal, and the abandonment of the Libya’s plan in 2003, is one of the nuclear free zone areas, In other words, there is no State in Africa that currently possess nuclear weapons, or that is attempting to develop them.

Indeed, the majority of African States have understood that an explosion of any nuclear device causes concerns for the global security, regardless of the location of the explosion, or a State that is involved. Explosions cause health issues, due to radioactive fallout that can be transported by wind to long distance, that take multiple decades to disappear. The damages that such explosions cause to the environment and to the atmosphere are colossal. Communities are forced to abandon their land and dislodge as the environment becomes a radioactive zone. People living on agriculture are left in utter desolation as nuclear tests poison water pipelines and make all agrarian and pastoral activities virtually impossible. Communities living near oceans can no longer fish as waters get polluted as well.

All countries have the responsibility to contribute to halt once and for all the ban of nuclear testing. Africa has an even more important role as the continent that will witness the most rapid demographic and development transformation over the next decades and centuries. Africa should not sit on the side-line but should be deeply involved in promoting the entry into force of the CTBT. Without peace, none of the SDGs goals would be achieved as Ambassador Abel Ayoko has reminded at the Science and Technology conference (SnT2019). Indispensable collective goals such as food security and access to clean water become unattainable in a world where nuclear tests are permissible. The Pelindaba treaty plays then a major role in avoiding the pollution and the degradation of the environment.

African States are part of the international community, and they are as equal as other countries in the system. They need to fully participate in order to plead for decisions that can not only be beneficial to themselves but also to the entire world. Their voices and ideas are full of innovations that will potentially better off their world.

At the SnT 2019 for example, a young Namibian, Jana Swanepoel, won a prize in Vienna for her splendid artwork that she had drawn in reconnaissance of the work of CTBTO. This was a competition, a real ordeal, but her ideas were unique. This is a good lesson to, and a point of encouragement for African States. They have the potential to change the world, and they can only achieve this by getting involved in all the processes, and in this context, a full participation, and a spirit of ownership is required to ban nuclear explosions. 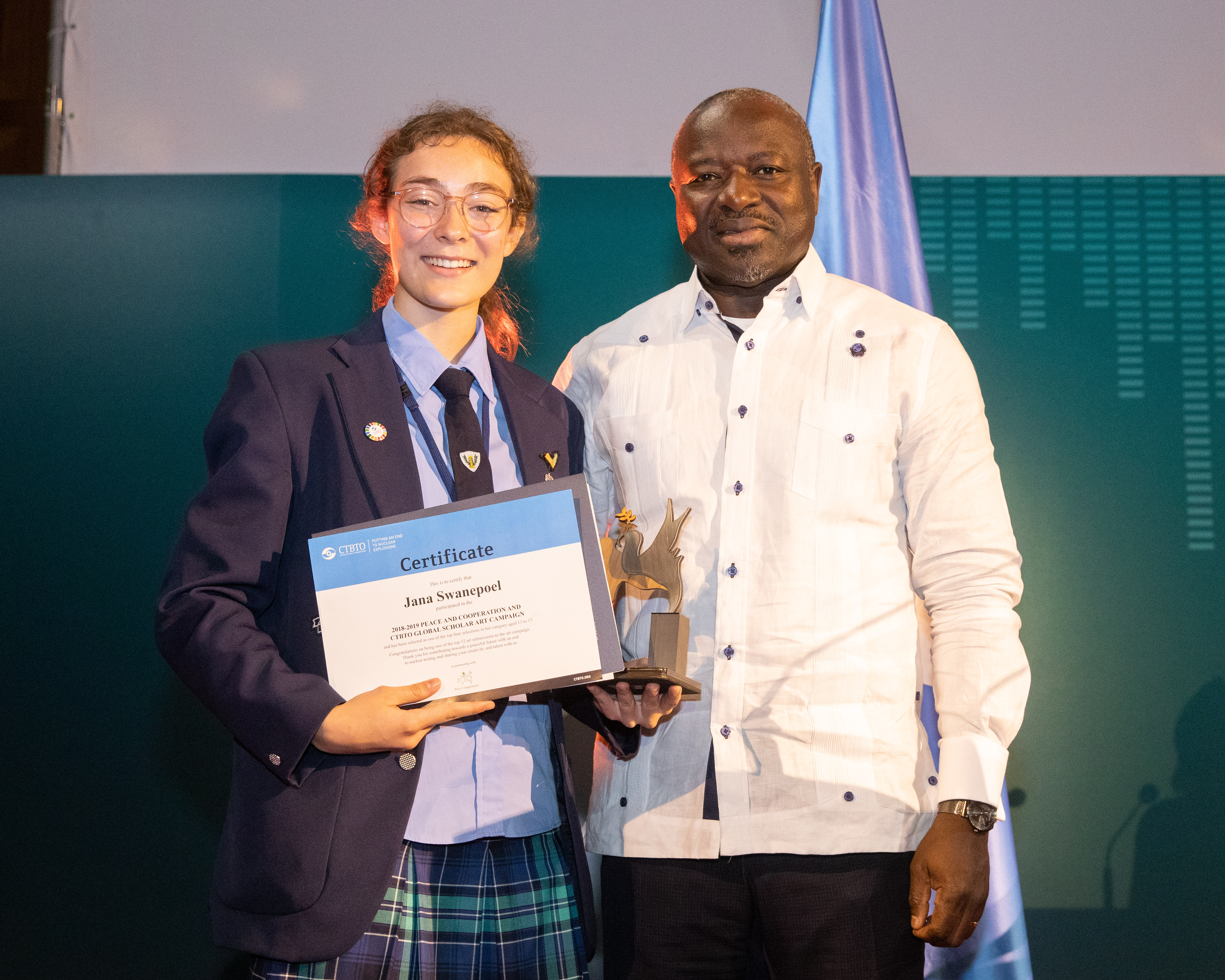 The ratification of the Pelindaba Treaty has been a significant achievement for both Africa and the entire planet in general. It not only creates an Africa devoid of nuclear devices, but also an Africa that is capable of contributing to global peace. The treaty helps achieve some of the SDG goals owing to the fact that the absence of nuclear tests means less air pollution, and environment degradation; which occasion good health and well-being.

The number of African States that have ratified the treaty is satisfying; an encouragement should go to those that have not in order to participate and contribute to the search for global peace.

The education of younger generations about such prestigious treaties is another key element to ensure young people grow up knowing the significance, and the role banning nuclear test have for the future.